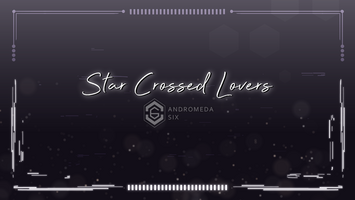 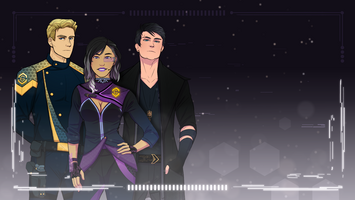 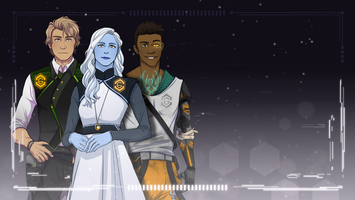 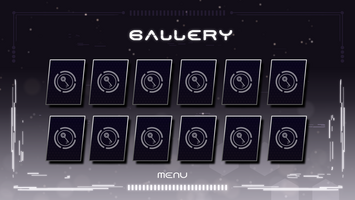 Download it now on our itch.io page, and well - Happy Valen's ;)

Be sure to let us know what you think about it, and we also kindly ask you all to refrain from recording full videos for YouTube of it.

*any bugs or errors encountered can be sent to our email andromeda.six.game@gmail.com , we'll be sure to keep an eye out to upload patches as needed 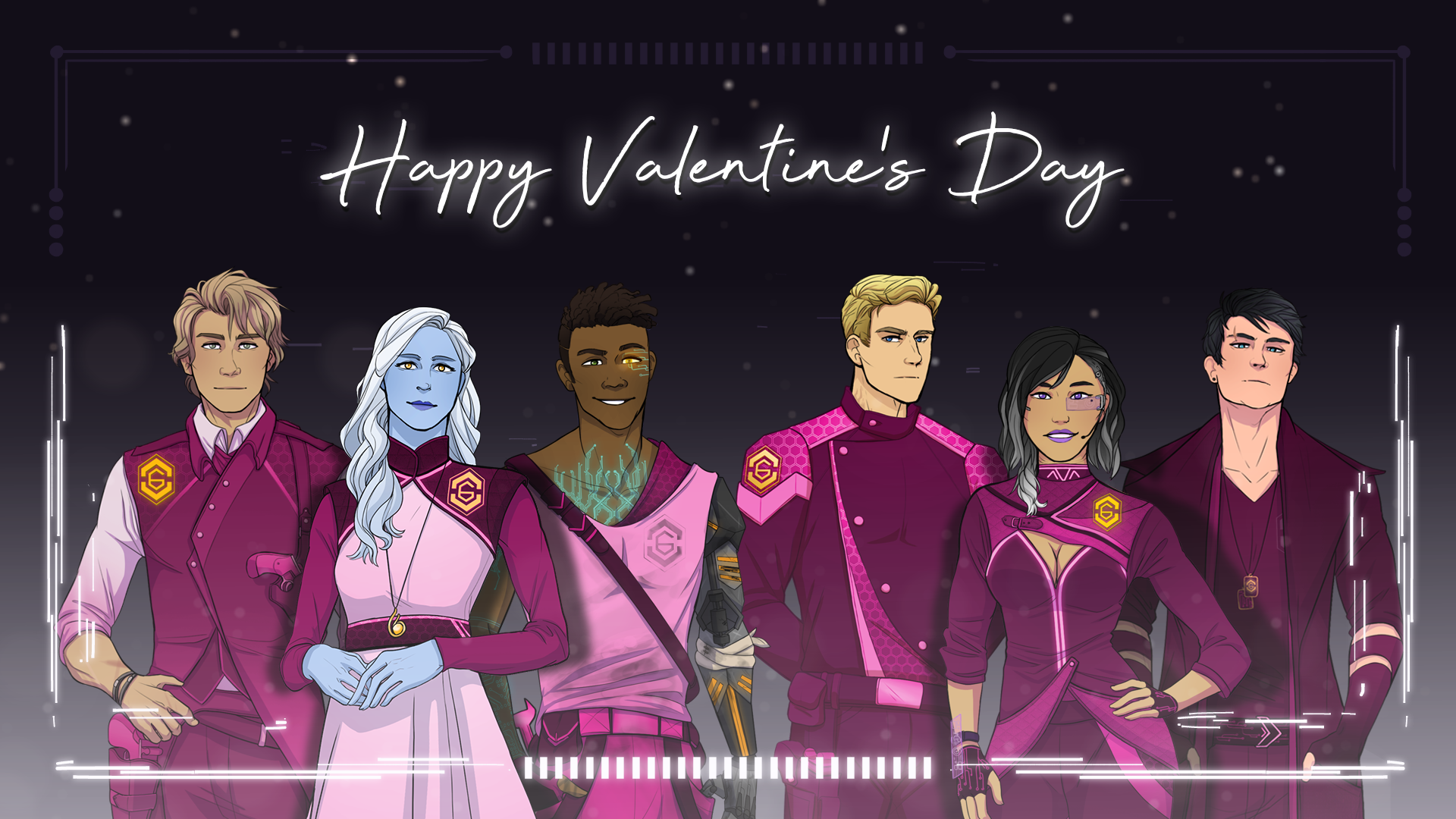 So, I hope this review is taken with a grain of salt - certainly no bashing here, but just, what I hope, is a healthy critique. I'm actually surprised I haven't seen *MORE* player reactions on this DLC given Anticipation Factor (TM) - but maybe they're on your other sm pages and I'm just not aware. Long Post is LONG, btw. Idk about you all, but I ADORE lengthy (meaningful) reviews. I'll also try to keep spoilers to a min <3

H'okay~ First: I Need to congratulate you ALL - this wasn't easy sequence-wise and I also did see there were setbacks with getting this installment released when it did. I think the Biggest obstacle to overcome here is doing a V-day DLC with only 2 chapters out in the main game. I know while playing SCL, I constantly got this feeling things were being held back. 'Oh - we can't go this far because they haven't had their first Legit kiss yet', 'Crap - we can't show this detail because relevant later on/spoilers'. So I sincerely applaud Effort to give us essentially 'Date Night' within a very restrictive sphere (i.e. I feel this would have been a VERY different DLC released after chapters 4 or 6 for example). All that kept in mind with Baby Traveler only knowing the crew for a few weeks at this point, what you've presented is quite solid -- a moment where we get to hang out with the person they're becoming interested in/attracted to a little bit more.

I admit, I was a touch disappointed with the overall plot. Given the description, I honestly thought it was going to be something either 1) A bit more serious or B) A little less mundane? I mean, definitely cutesy and I know this is essentially the FAN SERVICE (also TM), but I was hoping for a bit more Meaning behind the reason you were 'against the clock'. I truly think you could have done Well without the pretense and just presented it as a night on the town/Traveler was getting stir crazy in ship she/he/they woke up on--wanted to explore--[insert crew member here] wouldn't let them go alone. While the Festival itself was Definitely a vehicle to propel the story forward, I felt like it wasn't truly explored deeply enough to be something 'Memorable'. Again - Challenge. I know this was a DLC set to be a purchased bonus, but if Not played, main game players wouldn’t feel like they missed out on something significant. Still: I felt it could have been a little bit more Weighty given there was a cost attached.

Secondly, I played through all the routes(just to make sure this was Fair) and felt they were fairly short, using a lot of the same common lines until reaching--[this part is different because you're with this character] bit. There were some Nice moments, and quite a few left me smiling/chuckling, but it got a bit tedious to play after the first character 'date' when the mystique was no longer new. Personally thought Ayame's was the most subdued compared to all the others and I don't know if that's because you all were like 'OMGEE - how are we EVEN going to get this lil FIRECRACKER from MAKING OUT with PC IMMEDIATELY?!?' or something else, but there were moments I felt she was out of character because she, perhaps, challenged the very Limited realm of this DLC too much. Even little additions (like a certain floral accessory) would have added a touch of realism and really Deepened the mood/made me feel like I/Traveler was *IN* it.

All in all - I don't regret paying for SCL and I Truly, TRULY think everyone did a great job considering time limit and overall narrative restrictions. Getting new music and CGS were Awesome - though I can't deny (REALLY)hoping for a CG of end event before getting back on ship. You know the one. It would have been nice to see Crush as our Traveler did~ *wistful sigh* Naturally, gotta end with a big ol' THANK YOU. You didn't have to create anything at all - so I'm quite grateful I got to experience this/you care enough about fans to create something like this. Considering the very Real challenges here, you should be Proud. You're all Amazing at what you do and I'm very much looking forward to future DLCs (if any) in addition to MS chapters. :)